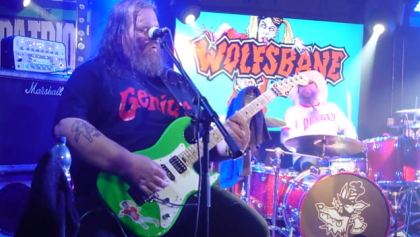 WOLFSBANE guitarist Jason “Jase” Edwards has thanked fans for their “love and support” after it was announced that he has been diagnosed with multiple myeloma, a bone marrow cancer.The long-running British hard rockers broke the news of Jason’s diagnosis in a social media post on Monday (August 1)….